A Clinch of Cherubs

Sculpture and ornament can help sharpen up garden designs. Here recycled concrete is used ironically in a city courtyard garden! 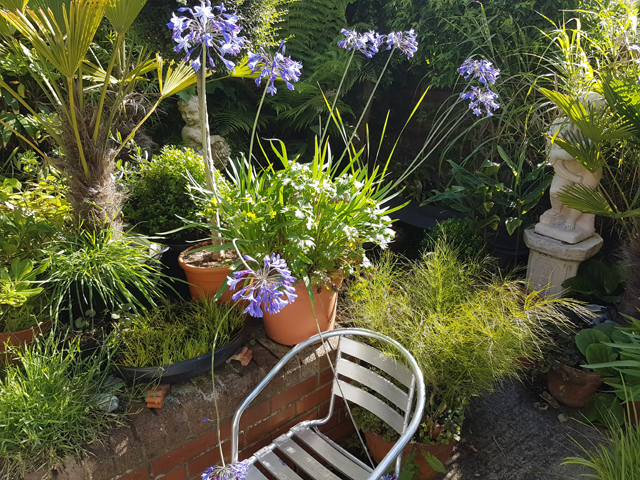 What is the collective noun for cherubs?

I mean it is a sea of bishops, a tantrum of decorators, a bench of aldermen - everyone knows these.

But cherubs? Well I am sure someone will tell me idc!

In the meantime I am going for something beginning with c. Why? Well, like Nigella, I love a bit of alliteration!  I thought of ‘ clutch’, ‘cluster’ and ‘cornucopia’, but these are all taken. I then thought of ‘clinch’ and I do see that that is free.

The issue of naming a group of cherubs only arises at all because there is a trio in the studio garden and clinch seemed appropriate for cherubs because they are schmaltzy and lovey dovey things are they not? And ironically appropriate since these ones patently loathe each other!

The space is L shaped and thus it is difficult to foto them all at once. But they can see each other or would if they would look at each other. But there is some endless stand – off or tiff going on. 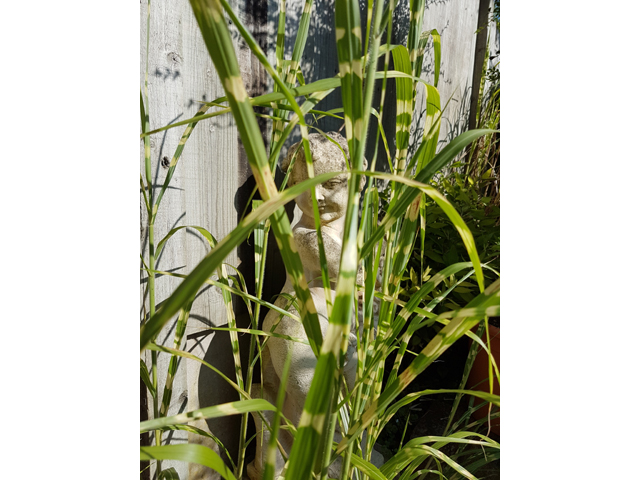 One peers thru a sea of grasses. 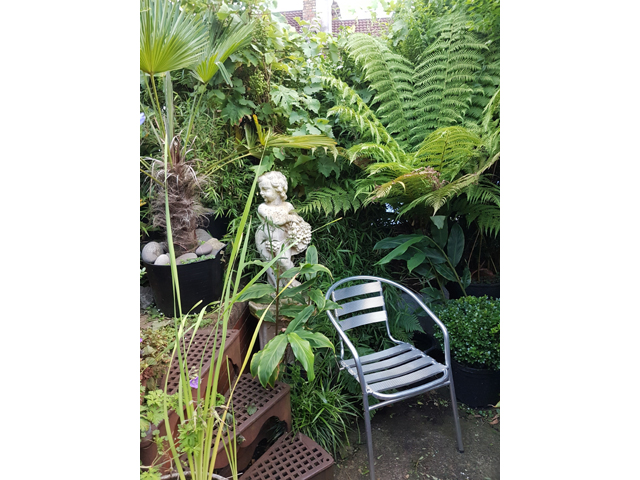 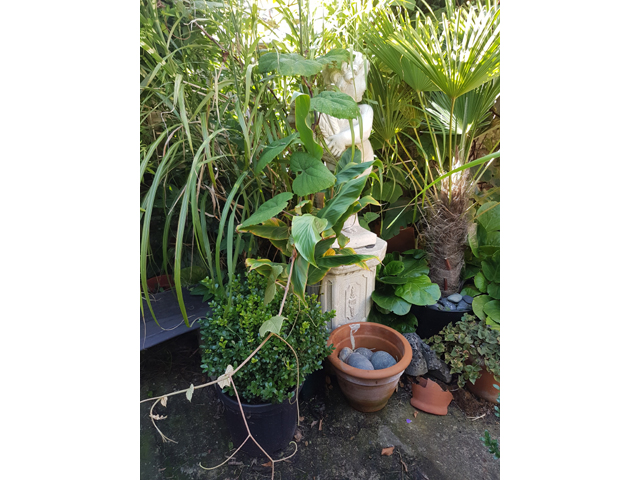 While the third really wants to hide in the palm tree.

At any accounts they all have their eyes averted  from each other.

They were incredibly cheap, a kind of joke purchase. They stand say 1.5m high including the rather naff plinth. As I have said one carries grapes, the second bears roses including at groin level (ouch) and the third a sheaf of corn (tickly!). £50 each they were, including the plinths, which are themselves exceedingly heavy – a cheap way of getting a double hernia!

So I paid a rather elderly man £50 to move them from the front of the house to the back and erect them! I don’t think he enjoyed the experience overly. Certainly the last time I rang him to ask him to move some rubbish for me he wouldn’t commit to a date!

I did intend to paint them, blue, violet and orange. One each colour, rather than some rather outré camouflage composed of the lot!  But somehow I have never got round to it. And now I like their paleness amongst the lush tangle of vines, palms, ferns and grasses.

The studio garden is, like many a city courtyard garden, a precious bit of outside space – a breathing space almost. But even in a sea of green some focal points are needed.

And the cats sometimes perch rather alarmingly on their heads.

So they have their uses!