We discuss the garden worthiness of a few vines which can be grown for their ornamental value as opposed to being very productive of fruit,

When choosing plants for a garden design  it is critical that you think about the longevity of colour and interest throughout the year. This is the time of the year when vines really prove their worth. Below is a pic of Vitis coignetiae in Lesley's garden. 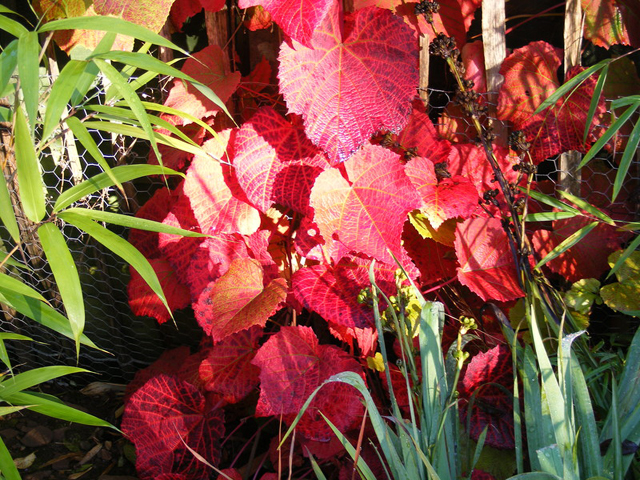 Yes it is a bit 'Seasons of mist and mellow ho hum'  but at least we are not showing you a virginia creeper, which is also in the family Vitaceae.

HereVitis davidii goes as beetroot and blood clotted as bergenia leaves in winter. Textured foliage and textured stems-the stems are covered in very coarse prickles, but painlessly so! Allow loads of room. 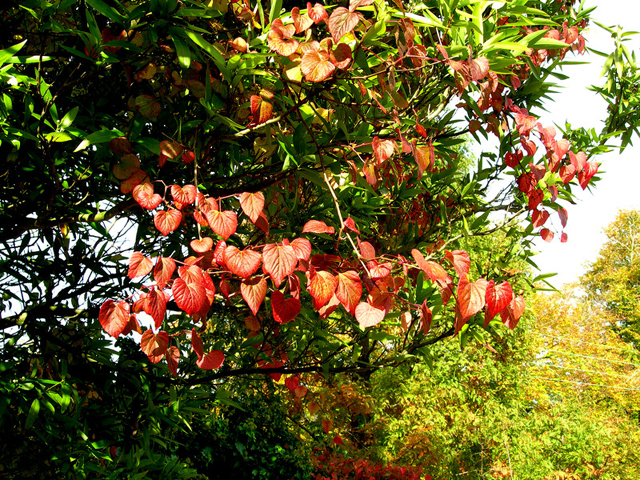 Vitis flexuosa is a real charmer. Smaller leaved it can grow into a tree and not swamp it. You don't notice it until now when it turns an ordinary Umbellularia tree into a star. Cut out with long arm loppers every 4 years to a rod. Otherwise it would really take over. 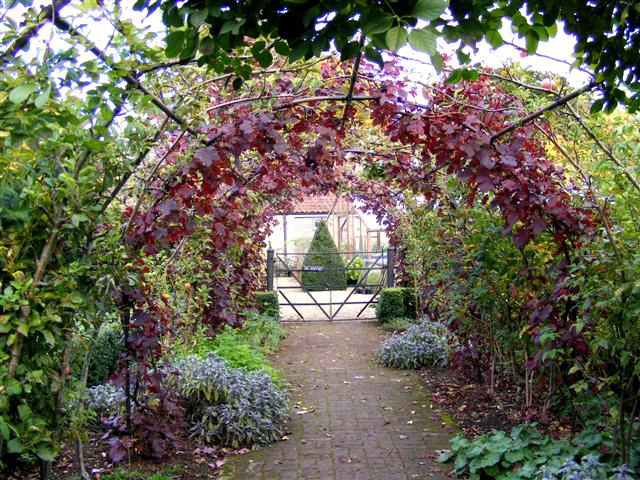 We are all wrong sometimes and we would have said that you only grow Vitis vinifera 'Purpurea' against a warm wall in this country if you want it to do well. But someone at The Courts, Holt, Wiltshire has proved us wrong! 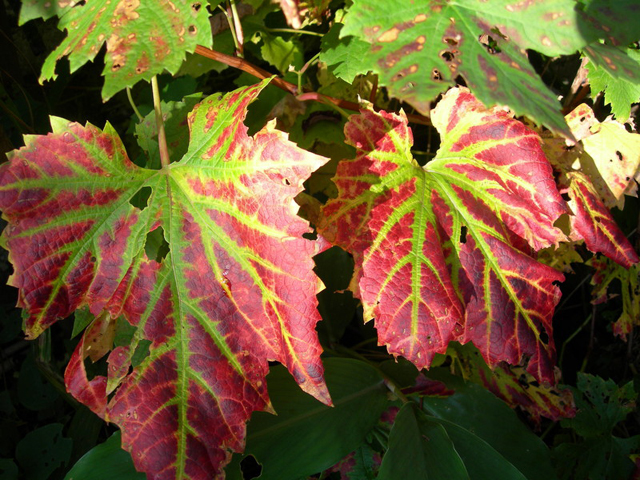 But the real star turn at the moment is the Brandt Vine. Not the most sculptural of leaves, but fab colour. Shame about the bug damage.

None of these very productive in the way of grapes, but with looks like these they don't need to. Go to your fruiterer or wine merchant for those.